Which wasps nest on the ground 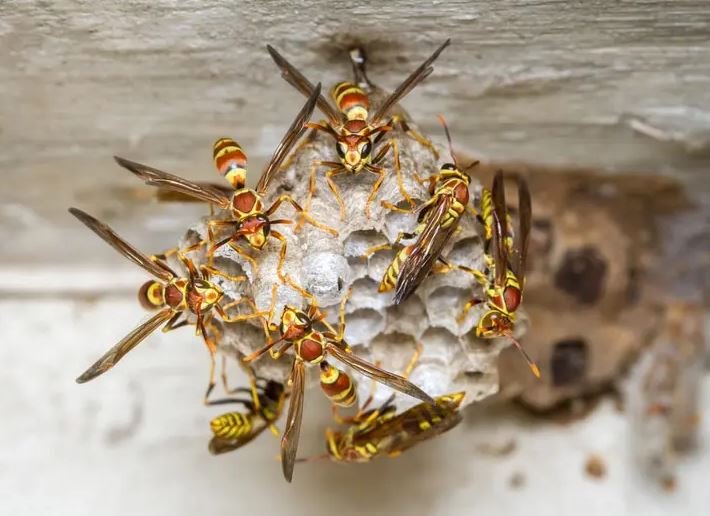 If stinging insects such as hornets, wasps, yellow jackets, or bees are invading your property, the best option is to hire a professional to help you get rid of them. The experts at Preyon Pest Control can help you get rid of your stinging insect infestation quickly and effectively. We don’t treat for honeybees and other species because they are so important to the environment as pollinators. Instead, we summon licensed beekeepers to relocate the insects and remove as much of the nest as possible. Preyon Pest Control is dedicated to environmentally responsible green pest removal, particularly when it comes to bees.

Wasps nest in a variety of places, but did you know that one of the most common places for them to nest is in the ground? To build their nests, the great gold wasp burrows in the sand and the mud dauber burrows in the mud. The yellowjacket can build above-ground nests, but they prefer to nest underground for protection. There are various types of wasps and hornets, each with its own nest. Some are aggressive, while others are not. However, they are all pollinators and can benefit the ecosystem.

The mud dauber is perhaps the most well-known wasp because it is completely non-aggressive. Destroy its nest, swat at it, do whatever you want; it will not attack you; it will simply flee. If you have these small wasps in your yard building nests in wet soil and mud, leave them alone; they will not attack you and will protect your yard from much larger insects. The advantages, as with most wasps, outweigh the disadvantages. So, if you want to get rid of them, think about it carefully and learn what kind they are. Yellowjackets are aggressive, whereas paper wasps are not. Mud daubers will avoid you, but hornets are a different story. They will do the same if you leave them alone.

Almost all wasps pollinate and play an important role in the ecosystems in which they live. If they are bothering your family and putting them in danger, killing them is a last resort. Allow them to kill pests that ruin your garden and remove anything that may harm your property if you can. They will not bother you if you stay away from their nest. You can even set up simple wasp traps to catch any that come too close. They are, however, a benefit even if they are a risk. They pose far less of a threat when perched on a tree. If they are on or in your property, you will have to have them removed; however, this is the way of life; you must protect your family from harm.

Most of these nests require only a light spray of insecticide to be removed. The paper wasps’ nest is easily moved with a jar and a piece of wood, and the mud daubers pose no danger to anyone. However, if you have a large nest of yellow jackets, you should contact Wasp Control; we can remove the nest after killing it and leave a long-lasting residual spray. So, if there is a large nest, don’t try to do it yourself. Put your trust in the professionals. We know exactly what we’re doing.

How to Spot Ground Wasp Nests

Underground wasp and hornet nests are distinguished from ant colonies by their distinctive appearance. Ground wasp nests are characterized by a small, conical pile of dirt with a large hole in the center through which the wasps enter. It’s not uncommon to come across several similar-looking dirt piles in a small area. Ground hornets and wasps are “gregarious” nesters, which means they build their nests separately but next to each other.