Are Mice afraid of Dogs? 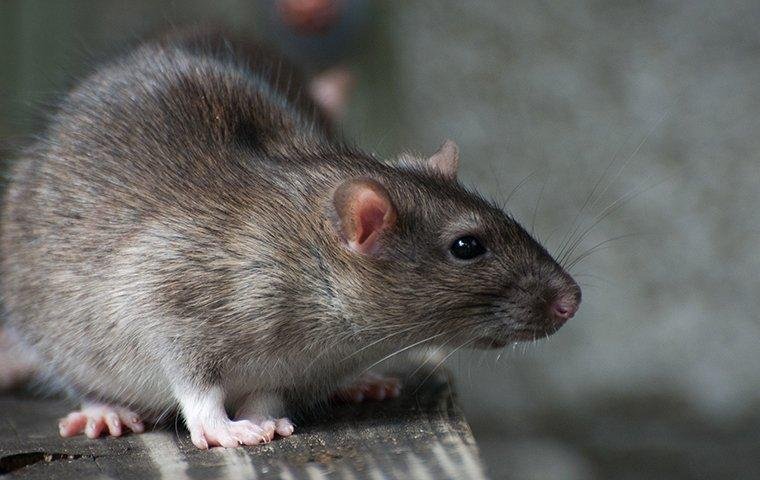 Mice can be dangerous in your home, but they are not always powerful. Mice may avoid potential predators when it comes to predators. Foxes, weasels, lizards, snakes, owls, and cats are examples of potential mouse predators. So, if mice avoid domestic predators like cats, are they afraid of dogs as well? Consider the following information about the predator-prey relationships of dogs and mice.

Myths About Dogs and Mice

So, are mice frightened of dogs? Despite being a popular myth, there may not be much truth to the story. The relationship between household pets and rodents in several African villages was investigated and examined by researchers from the University of Florida. They wanted to see if dogs had any repellent effects on mice. Mice activity was found to be reduced in the presence of any household pets, according to the researchers (e.g., dogs, cats). However, there was a difference in mouse activity when only dogs were present – more mice returned after dogs were present. Scientists concluded that the test did not demonstrate the presence of dogs as the sole method of repelling mice. Instead, they discovered that combining dogs and cats could be effective in deterring mice. The researchers went on to say that “when different types of predators coexist, they likely create a heightened landscape of fear for foraging rodents.” More research is needed to determine the extent to which this pattern occurs in US urban/suburban landscapes.

A combination of methods, such as predators (such as pets) or traps, can be used to prevent or exclude mice. Regular cleaning, vacuuming, and inspecting, as well as sealing potential entryways, can all help prevent infestations. This can assist in keeping your home free of attractants (such as food and water) that may be luring mice in from the outside. Many people wonder if dogs attract mice. While there is no evidence to support this, it is well known that dog food attracts mice. Uneaten pet food should be put away and stored as a precaution. Pet food should be kept in tightly sealed containers. Given that protein sources such as cheese, meat, and even cockroaches can all attract mice, routine pest inspections, as well as targeted control and exclusion methods, can help keep mice out of your home.

Rodenticides, such as mice, are used in some cases to control rodents. According to veterinarians at the University of California Davis Division of Agriculture and Resources, “dogs can be affected by rodenticides in two ways: by eating poisoned bait or by eating a poisoned animal.” Mouse traps, rather than rodenticides, can be strategically placed around your home in areas not accessible to pets. Mice can also be kept out of your home by sealing any possible entry points. Contacting a wildlife professional to help determine the best solution for your home is always recommended for proper protection.

Schedule an appointment with Preyon Pest Control to help you get rid of mice infestations on your property. Our trained technicians are well-versed in mouse species as well as exclusion and control methods. When technicians visit your home, they can assess potential problems, help determine the best way to eliminate infestations, and develop a customized removal and prevention plan.

Your canine companion may be your best friend, protector, and even lifesaver on occasion, but there are some unpleasant aspects of life as a dog owner. Wouldn’t it be great if, on top of that, they kept mice away? Especially given the squeamishness of rodents and the aggressiveness of dogs. Many homeowners believe that having a canine companion around will solve the animal control issues on their Chicagoland properties. But is this correct?

THE RELATIONSHIP BETWEEN DOGS AND MICE

Logically, you’ll wonder whether your dog repels or attracts mice, especially if you’ve noticed an increase in rodent activity since your furry friend joined the family. We already know that cats and rodents have a natural aversion because they have a predator-prey relationship. Dogs are terrifying to small animals and have a strong dislike/fear relationship with cats, which are rodent predators. So, it stands to reason that rodents are frightened of canines.

But are dogs as frightening to mice as their feline adversary? Some University of Florida researchers decided to look for conclusive evidence on the subject by observing the behavior of the species in question in several African villages. They discovered that rodents stayed away when any household pets (cats or dogs) were present, but that if a dog was present, they tended to return to the space. The rodents would not return to the house if a cat was present. In fact, they discovered that the rodent repellent effect of dogs seemed to be enhanced when there was a feline present. According to animal behavior experts, this could be because the natural dislike between cats and dogs creates a hostile environment that mice, being the skittish safety-loving foragers that they are, avoid.

DO DOGS ATTRACT MICE EVEN IF THEY DON’T REPEL THEM?

Dog poop is an unavoidable but unpleasant part of canine-human relationships. Dog poop not only stinks, but it also attracts pests like flies. As a result, you may be wondering, “Is my dog’s poop also attracting mice?” The truth is that, while dog poop is unsanitary to keep around (it is a reservoir of bad bacteria like E.coli) and should be cleaned up thoroughly and promptly, it is not particularly appealing to rodents.

Mice may eat dog feces because, believe it or not, there are some nutrients (fat, proteins, and carbs) in that mess, but it is far from the top of their favorite foods list. They’ll probably only eat what your dog leaves if there aren’t any more appealing options (such as fruits and human food). In fact, dog poop is so low on the list of preferred foods for rodents that they are more likely to eat their own feces or offspring before going there. So, while dog poop has a bad reputation, it should not be blamed for rodent infestations.

Food left uneaten in your dog’s bowl or scattered around it may attract rodents. You should make an extra effort to keep your dog clean if you don’t want it to become a rodent attraction. This may imply giving your dog smaller portions (just enough to keep the dog satiated and reduce the likelihood of leftovers.)

Many wildlife animals will flee if they encounter a dog (especially the bigger canine species). However, this is not a foolproof solution for wildlife prevention.

Before you sign off on your canine friend as the sole animal control strategy for your Chicagoland property, think again. Call Preyon Pest Control right away at 708-232-7703!