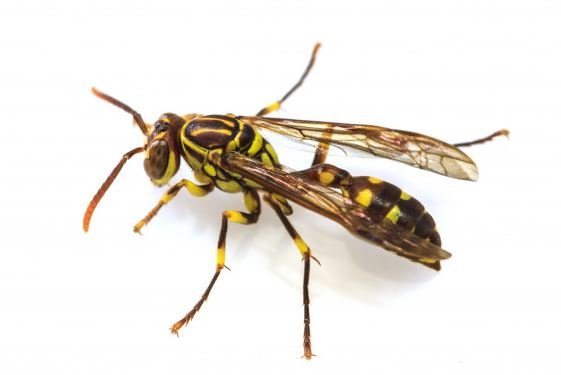 Wasps don’t get a lot of love, and it’s easy to understand why.

Their erratic behavior and threatening presence have the potential to ruin many a beer garden or picnic.

Wasps, on the other hand, are more than just an annoyance; they are a public health hazard. We know that different people react differently to a sting. Most people can be stung by a wasp and recover completely after a short period of discomfort. However, wasp stings can be fatal for some people, causing an allergic reaction that results in anaphylactic shock. But this is where things get complicated, and why they’re so dangerous. If a person has been stung before and had only a mild reaction, they may believe they are not “allergic” to wasp stings and become complacent. However, if you are stung again in the future, you may have a very different reaction, which, if untreated, can be fatal.

It’s important to remember this because if you’re thinking about dealing with a wasps nest yourself because you don’t think you’re allergic, you could be wrong. Furthermore, if a wasp attacks you, it can sting you multiple times. The stinger of a wasp is smooth, like that of a needle, so it does not lose its stinger when it draws it back out of your skin. This is not like a bee, whose stingers are barbed and become lodged in place when inserted.

So you may not be allergic to a single wasp sting, but what about the same wasp stinging you repeatedly? What about all its pals? At the height of summer, the average wasp nest contains three to six thousand of these insects, which will attack you to defend their nest.

Wasps attack for a variety of reasons

Wasps appear calm from a distance, and froing from their nest and pose no danger if left alone, which is why they don’t always need to be treated. When they feel threatened, they become extremely aggressive. The wasps each have a different job within the nest. Some will be working on the outside of the nest, while others will be doing nest maintenance on the inside and caring for the larvae. Sometimes a wasp will sit at the entrance to a nest, almost like a sentry or lookout.

When a person or animal comes into contact with a nest, whether on purpose or by chance, the lookouts are activated to protect the nest and become aggressive very quickly.

Pheromones are used by social wasps to communicate information, allowing them to coordinate their members in the colony’s numerous activities, such as alarms and nest defense. They’ll come out in force to get you away from their house, and they’ll try to sting you in the process.

Given the dangers that wasps pose, I would always recommend hiring a pest control professional to deal with a wasp nest. I speak from firsthand experience, having treated hundreds of nests when I say that wasp behavior can change in seconds and that it can be a frightening experience when they attack.

A pest management professional spends a significant amount of time and effort ensuring that they are competent, that their qualifications are up to date, and that they have the necessary equipment to complete the job safely. When they arrive at your job, they will conduct a survey, assessing the situation, performing a standard risk assessment and an environmental risk assessment, and asking questions. This is critical because it ensures the safety of you, them, and anyone else in the area, whether they are family, colleagues, or customers.

And dealing with a wasp’s nest correctly entails having the proper tools to do the job efficiently and safely, which a professionally trained pest controller will have. Although they can be found in sheds, wall cavities, or even on the ground, wasp nests are usually found at a height. If you attempt to use a ladder to investigate a wasp nest and endanger the nest by your presence while up the ladder, you have no way out and could become a casualty due to the large number of stings you receive or a fall from height.

Instead, a pest control professional will use a telescopic extension lance attached to a duster to treat wasp nests. If they are treating the nest from the inside, they will use smaller equipment, such as a bulb duster, to extract them quickly if they become aggressive.

A qualified pest controller will also be familiar with professional pesticide products that are not available to the general public. Furthermore, if you do not have the proper Personal Protective Equipment when treating a nest, you may endanger yourself (PPE). In short, putting on a pair of gardening gloves and whacking a nest with a stick will not produce the desired results, and you may end up seriously injured. Do the responsible thing: if you have a wasp nest that needs to be treated, go to our website and hire the best pest controller and pest management professional in your area.